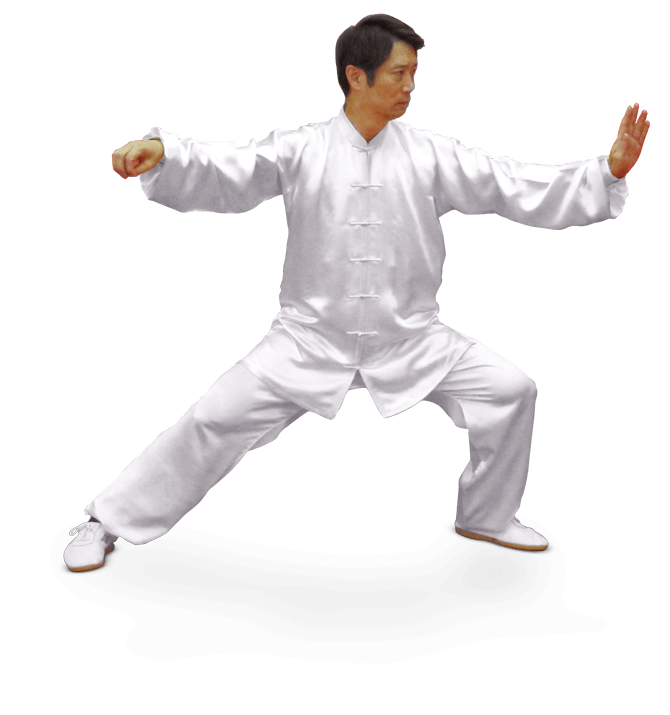 Would you want to get the feeling of your internal organs and link your movements with your Jingluo (meridians in the human body)?Please join us and try the Sizheng Taijiquan!

So on the eight elements (八卦, Bagua) are born from Sixiang, which represent the fundamental essence and phenomena of the universe including human society.

In the theory of Taijiquan, Sixiang (四象) is also called Sizheng (四正), and represents four main basic Jin (Peng, Lu, Ji, An) and four main Jinglou of human body, which are the main channels or meridians in human body based on Chinese medicine. In fact, the Sizheng represents more, such as four normal directions in space, and four main ways of human morality, etc. Therefore, the Sizheng Taijiquan was created based on these philosophies.

Around 1990, after years of teaching in Tokyo, Master Chen Peishan started to search the threshold for beginners, because it was pointed out that the traditional Taijiquan is too complex and too long to learn. He researched the work, life-styles, and activities of modern society and developed simple forms consisting of the essence of traditional Taijiquan, Jinglou theories, and traditional thoughts together with healing methods.

He was devoted to exploring how to make modern people understand internal movements of human body with easy and comfortable forms. As this deep research continued, it was found that what he developed is more than a simplified short Taijiquan; it should be a form condensing the essence of traditional Taijiquan, a way for consciousness of Jin and Qi, and a best way for healing exercise for modern people.

Unlike the standardized/competition forms, players may vary the form of the Sizheng Taijiquan naturally by training and making it fit individual body movements comfortably. Just like the traditional Taijiquan, the Sizheng Taijiquan is also under evolution and optimization tracing the nature of Taiji and Yinyang. 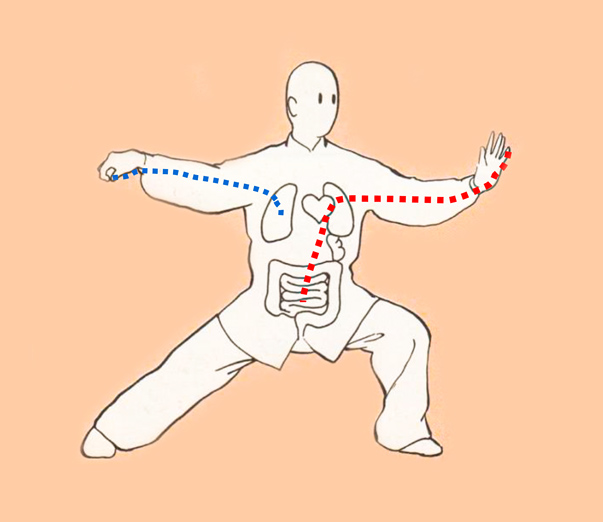 In addition to the features possessed by traditional Taijiquan, the Sizheng Taijiquan has its own characteristics, which can be summarized as following:

2) The movements run along the trace of the YinYang-Mark and Sixiang .

3) Most of its movements are based on the Four Basic Jin, namely Peng, Lu, Ji, and An.

5) Any movement is required to be started from Dantian(丹田), runs though internal organs and joints, pathing hip joints, waist, kidneys, liver, bowels, lungs, and shoulders to the Four Limb (arms and legs, hands and feet).

However, the forms/movements of the Sizheng Taijiquan is very easy to remember. After one movement is over, the players can easily find the next movement. Most people today, who work for a long time sitting or standing, are apt to have their waists, shoulders, and eyes tired; quite a few of them have diseases such as corpulence and autonomic imbalance and are under a lot of mental stress.

To deal with these problems, various movements are adopted such as circular movements of chest, shoulder, waist; raising of legs; and standing on one foot. Though it is not a hard exercise, through internal movement the player can warm the whole body from inside and become refreshed. 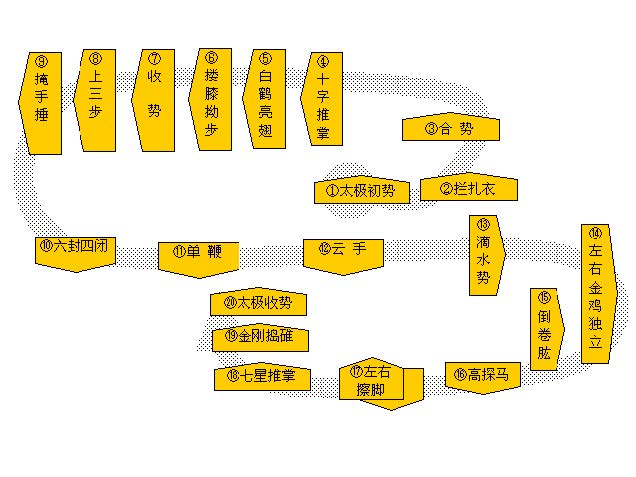