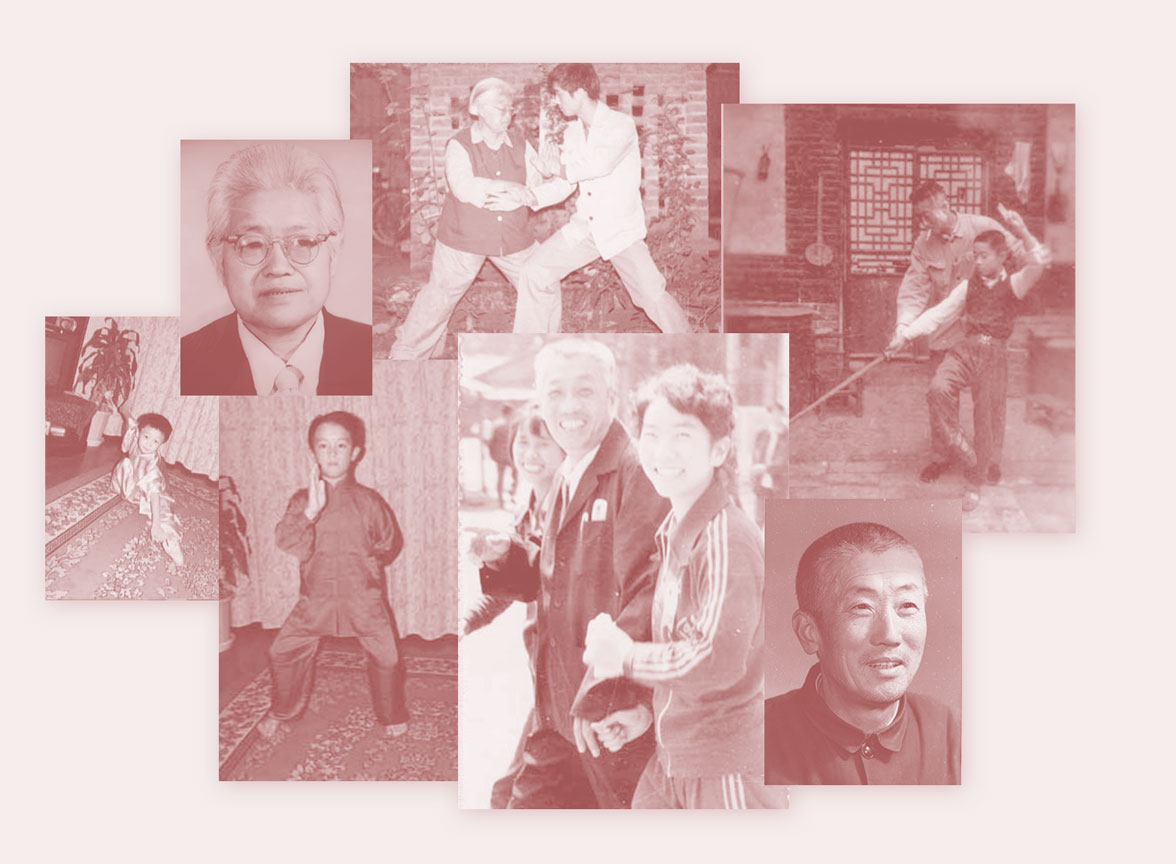 Chen style Taijiquan, as one of the most outstanding Chinese martial arts, is a unique representative of the brilliant Chinese culture. The creation of Chen style Taijiquan was based on Yin/Yang and Five Elements theories of Yi Jing, meridian theory of traditional Chinese Medicine, ancient methods of breathing and energy guiding, and the integrated essences of numerous prevalent martial arts. Because of its profound boxing theory, unique techniques, superior combating ability, and evident healthcare effect, Chen style Taijiquan has been well recognized in China and increasingly propagated all over the world.

During the three hundred years since Taijiquan was created, several new styles were derived from Chen style Taijiquan, which include styles of Yang, Wu, Wuu (translator’s note: also called Wu(Hao) style), Sun, and Zhaobao. Within the Chen style Taiji system, the one now called Small Frame (Xiao Jia) is the most authentic training form.

The uniqueness of Chen style Small Frame is briefly summarized as follows. The training of Chen style Taijiquan especially emphasizes the traditional method, which aims to downsize the circles demanded for energy transition. Ultimately only non-existing circles are adopted and transition of energy is converged into the bones.

It pays attention to body stability, compactness of postures, and following along the opponent’s movement gently but precisely. In other words, the body twists in a minimum range and moves smoothly up and down; the movements of hands are bounded by the middle line of the body, and each hand is in charge of its own side.

Due to the demand of opening the crotch and forming a round shape, feet should be parallel, rather than T-shape or splayed (which would prevent both sides of the hip from forming round pits and cause the shape of the crotch to form a T-shape instead of an arc). Attention of eyes should follow the forward hand, and neck and head should both be steady. The strength of structure demands the lower back and the hip to be relaxed, and the hip should be extended outwards as the body sinks down, which is to use the hip as the pivot between legs and lower back.

Chan Si Jin in Small Frame, which is also called Luo Xuan Jin (translator’s note: sometimes translated as silk reeling in English), starts from Dantian, goes along the four limbs, and wraps all the way to the finger tips. Generally speaking, Small Frame is unique in the sense that it transits energy from inner to outer; the body is stable; the route of energy is short and efficient; and attacks are made swiftly. Of the Small Frame training routines, Yilu (the first form) exhibits more of the softness, whereas Erlu (the second form) stresses the toughness. Because of its comprehensive theory system and rigorous training method, the Small Frame of Chen style Taijiquan is praised as “Gong Fu Frame” and “Family Treasured Martial Arts” in Chen’s village (Chen Jia Gou).

In the beginning of the history, there was no distinction between Small Frame and Big Frame. In fact, as part of the training method, teachers often enlarge the range of motions at the point of introduction and let the beginners to focus on large and explicit circles.

After a while, as the students get familiar with the circling paths of Chen style Taijiquan, the teacher will let them transit from large circles to smaller circles and from explicit circles to implicit circles. At the end, strength is routed through spiral paths along the torso and four limbs and no circles can be seen anymore. In today’s world, Big Frame training aims to contract the circles, while Small Frame enlarges the circles at the initial stage of training.

Therefore, the processes of training are almost identical in the two frames, just as summarized in the saying, “Big Frame is not big and Small Frame is not small”.

Tracing the Origin of Small Frame

In fact, Small Frame of Chen style Taijiquan is one of the most ancient training forms of traditional Chinese martial arts. It is definitely not true that, as seen in some of the misleading articles, “Chen Youben, of the 14th generation, made changes on the basis of the original routine, and gradually discarded certain difficult and powerful movements. The frame was as wide as the old frame, called the new frame (now called the small frame)”.

According to Chen Family History (Chen Shi Jia Cheng陈氏家乘 ), “Chen Gongzhao, Chen Youben’s father, inherited with genuine Taiji techniques, and had cultivated numerous students who became famed masters. (There is also a legend that he had once fought an angry bull.) Chen Youben and his brother Chen Youheng were both Xiang Sheng (translator’s note: outstanding students selected to study in state schools) and studied Taijiquan; Chen Youben was the one who better mastered the essences of Taijiquan and all the accomplishments of the following generations were attributed to his teaching, though he behaved very humbly as if his techniques were inferior.

Almost all the famed masters at that time were taught by Chen Youben; Chen Qingping, Chen Youlun, Chen Fengzhang, Chen Sande, and Chen Tingdong all learned significantly from Youben. Chen Gengyun was also taught by him. Later on, Qingping taught Taijiquan to He Zhaoyuan, Zhang Kai and Zhang Gaoshan from Zhaobao Town. Youlun taught Li Jingyuan and Zhang Dahong.”

Back then Chen Gengyun, of the 15th generation of Chen family, wanted to work in armed escorts with his father. Because his father was not home most of the time, he had to turn to his uncle Chen Youben for teaching him Taijiquan. In order to make Gengyun gain the techniques as soon as possible, Chen Youben kept the essences in the first form (Shi San Shi), but highlighted the explosive power, and enlarged the training frame.

He trained Chen Gengyun in person very diligently for a year. They studied and discussed together and created a new frame. Since then, to distinguish from the original first form, they started to use the terminology of big circle and small circle. Afterwards, this new frame was passed down by Chen Gengyun in the family, until 1928 when his grandson Chen Fake was invited to teach Taijiquan in Beijing and this new frame was then seen by the world.

People later named this new frame as Big Frame, in order to distinguish it from the original frame, which is called Small Frame. Therefore, only one training frame has been created and passed down before the time of Chen Youben, i.e. the 14th generation of Chen family and 6th generation of Chen style Taijiquan. After that time, their descendants naturally developed different forms, respectively, for the reasons of the lineages division inside the Chen Family and the different residential locations (upper-land and lower-land in the village).

Big Frame of Chen style Taijiquan has been spread by its successors who were businessmen or armed escorts outside Chen’s village since an early time. Especially when Chen Fake, of the 17th generation, and Chen Zhaopi, of the 18th generation, were invited to teach Taijiquan in Beijing, Big Frame was broadly propagated and known to the world. Whereas, Small Frame has been passed down in the family only and the successors are also restrictively selected, which makes it still rarely known.

The Chairman of ISCT, Chen Peishan, is the second son of Chen Lixian. Chen Peiju is the second daughter of Chen Lixian. Both of them have received rigorous training from their father and their aunt, Chen Liqing. Now they are dedicated to preserve and propagate the ancient Small Frame of Chen family Taijiquan, and they warmly welcome support and participation of Taijiquan enthusiasts from all over the world.